Remission (or reversal) is possible most likely in the early stage of diabetes or after a big weight loss. It can also happen after bariatric surgery for weight loss, which can trigger the recovery of the beta cells.

The internet is full of promises and no one has closed the sites on curing diabetes, so they must be true. Right?

What do we know about curing diabetes? There is no known cure for type 2 diabetes. But it can be well controlled. And in some cases, it goes into remission. The digital world is full of promises which are “too good to be true” and are unproven.

Internet sites have appeared selling diabetes “cures”. These sites use jargon and language which preys on people who struggle to live with the burden of their diabetes and want to be rid of it. They want the cure because they keep getting told that they have a chronic, progressive disease.

These quick-fix cures are usually sold under a brand name, and touted as being ‘100% effective in curing diabetes’. Others share their own personal success stories or the success story of someone they know and offer to share the secret for free – that is until you have to buy some mixture they found in a far-off country.

These “cures” are sold as being a natural blend of a variety of herbs that lower and control blood glucose levels without the need for diabetes medication or insulin. They then go further to promise that you can stop taking your medications.

What does Curing Diabetes Really Mean for you?

Curing diabetes is not like curing cancer where the cancer is removed and there is no further sign of cancer ever having been there. The cancer is eliminated.

To eliminate diabetes, we need to understand what causes type 2 diabetes. Insulin resistance, failure of the pancreas, and genetic susceptibility are all connected to the development of diabetes. This has led to the belief that type 2 diabetes is unavoidably progressive (1).

It is now understood that type 2 diabetes has the potential to be a “reversible” metabolic condition, triggered by the single cause of chronic fatty deposits into organs, especially the liver and pancreas.

Simply put, the fatty deposits in the liver lead to insulin resistance. In turn, the pancreas responds with extra insulin release, to overcome the resistance to keep the blood glucose level normal. This excess insulin forces more fat into the liver, making insulin resistance worse. The pancreas must work even harder. This causes the insulin-producing cells of the pancreas to become exhausted and unable to meet the body’s demand for more insulin. The body’s blood glucose levels trend up, revealing diabetes.

We don’t do expensive tests for insulin resistance but we use a proxy marker. A waist measurement of more than 98 cm in males and 88 cm in females tells us that these people are overweight or obese and will have some degree of insulin resistance.

Being overweight or obese does not mean you will definitely develop diabetes. If it did then more than 60% of people in our society would have type 2 diabetes. This is not the case. If you carry too much fat around the belly you are more at risk, but you must have the genetic susceptibility to develop diabetes.

To eliminate diabetes, we must address insulin resistance and pancreatic failure. We cannot change a genetic identity.

Almost 25 years ago, bariatric surgery showed that type 2 diabetes can be fully reversed. The surgeons say “cured” and the physicians say “reversed”.

Fact 1: To eliminate diabetes, you need to reduce fatty infiltrates in the liver. This can be done surgically, through the bariatric weight loss processes, or through reduced-calorie diets that are sustainable long term.

Chronic exposure of the insulin-producing cells of the pancreas to fat reduces the ability of the cells to release insulin in response to an increase in blood glucose (3).

Fact 2: To eliminate diabetes you need to reduce pancreas failure. This can be done by reducing fat toxicity through weight loss.

Fact 3: If the fat is simply not available to the body then the susceptibility of the pancreas will not be tested. If the person has acquired excess fat stores through their diet intake, pancreas failure may or may not develop depending on the degree of susceptibility.

The cure for diabetes is not a tablet. It is not a herbal drink. It is not a series of vitamin supplements. The cure or elimination of type 2 diabetes rests solely with reducing fatty infiltration of the body’s organs, especially the liver, and keeping the organ free of and protected from fat toxicity. No tablets, herbal preparation, or mixtures will help with curing diabetes.

There is no cure for diabetes. It can be eliminated, but because of the genetic predisposition, it cannot be called a cure. It must be called remission.

What is Diabetes Remission (or Reversal)?

Remission is possible most likely in the early stage of diabetes or after a big weight loss. It can also happen after bariatric surgery for weight loss, which can trigger the recovery of the beta cells.

Remission is less likely but not impossible in the later stages of diabetes, because the beta cells may regress.

The goal for any person living with diabetes must be to achieve remission and maintain this with lifestyle changes after significant weight loss (4). Where this is not possible well controlled diabetes will afford the same benefits as with remission – but with medications achieving the outcomes. Quick fix cures will fail as quickly as they promise a fix. 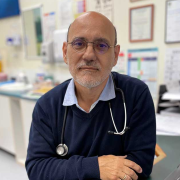 Dr. Chrys Michaelides is a General Practitioner and founder of Glycomate. He has a special interest in the management of diabetes and has been helping his patients transform how they live with their diabetes through his diabetes specific mini clinics since 1988.

What is Type 2 Diabetes?

Preventing the Progress of Type 2 diabetes What is Type 2 Diabetes? Preventing the Progress of Type 2 diabetes What is the HbA1c in Diabetes? Is the Albumin Creatinine Ratio (ACR) important in diabetes?